Priding themselves on customer service, high quality work, and a great company culture – Old World Tile & Granite has become a top fabricator in Arizona. A Park Industries® customer of nearly 20 years, their all-Park shop can produce 4,000+ sq. ft. in a week with a diverse lineup of machinery.

Old World Tile & Granite opened its doors in 1979, started by Mike Kern, and has been family-owned ever since. In 2016, Philip joined his father in the family business, helping lead the charge to revolutionize their fabrication process.

Excelling in custom projects, Old World does much more stone work than just countertops. They also offer flooring and walls.

Read their story! Expand the sections below to learn more about Old World’s story and their partnership with Park Industries®.

NUMBER OF EMPLOYEES
12 in Fabrication Shop

PARK PARTNERSHIP
Began in 2001 with a JAGUAR Bridge Saw (retired). 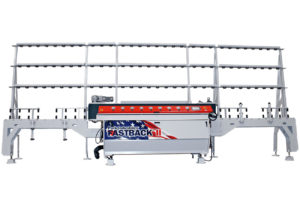 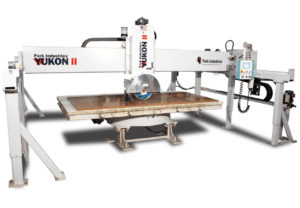 The dual bed FUSION®? Best decision we could’ve ever made. There’s zero lag time. We paid it off in two years and can cut up to 25 slabs in an 8-hour shift…in a laminate market no less.

In terms of durability and quality, I think our machines speak for themselves. Our first saw was 18 years old when we sold it and ran it perfect still. We still have two DESTINY XE’s that are running strong at 14 years old. These things last forever.

The Digital Stone Expo™ I went to was… I’ve got to say the best event I’ve been to in the industry. Period. It felt like Park Industries® was only there to help your business change for the better, not to sell you a machine.

We really rely on the customer service that we receive from Park Industries®. We can get a hold of someone immediately. Parts are overnighted. We’ve got someone who’s got our back.